This is the dog sculpture. The tree had grown around the fence but the hurricane took it down. The paws of the dog replicate the way the tree had once grown over the fence. Many of the sculptures also had whimsical holiday additions.

There are a lot of things to do and to see in Galveston. One I can highly recommend is the historical homes walk. I got the idea from my absolute favourite RV blogger Ingrid at Live Love Laugh who posted about it in one of her blogs. There are many ways to do the walk. There is a company with a lovely open bus with padded seats where you can sit and you are driven around to see every site. We chose the cheap one, the self guided walking tour. The full distance of the walk is five miles. We started at the Galveston visitors centre, a move I highly recommend, and left with two pamphlets. One is a map of all the historical points of interest and one is a map of special tree sculptures.

The tree sculptures have a special history. In 2008 Galveston was flooded and damaged by hurricane Ike which landed as a category 2, near to category 3. Many homeowners lost beloved giant trees. Some of the homeowners arranged to have artists come in and carve the stumps and denuded skeletons in beautiful wood carved memorials.

Taking a break with the frog.

The Japanese lady was sculpted to honour the family’s favourite travel destination, Japan, and she is looking toward Japan.

My favourite of all the sculptures.

Close up of my second favourite “Birds of Galvaston.

Dick beside “Birds of Galveston.” which is one of the biggest and most spectacular.

Each historical house also has a sign explaining who built the house, why it is considered historical and information on the style of the building. One of the things that makes Galveston architecture so interesting is new European immigrants brought their home building styles with them and so you end up with Italian and German and English houses beside each other.

The homeowners in the historical area take their responsibility very seriously and the majority of the homes were beautifully maintained and had gorgeous yards. A large part of the pleasure of the walk is enjoying the gardens. And many of the homeowners were out and they were all friendly and happy to chat with the tourists. 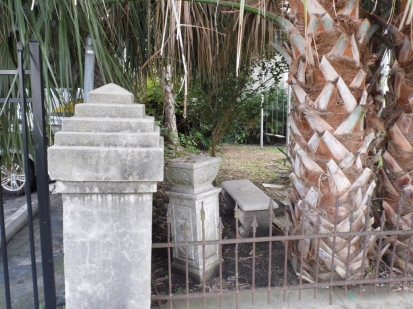 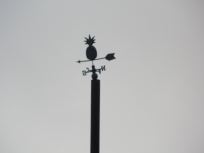 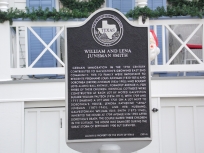 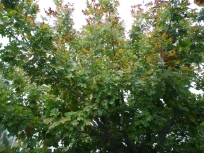 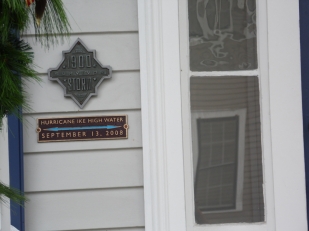 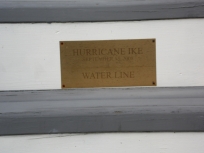 The walk took us about two and half hours because we took in so much and we quit halfway through. If you enjoy such things I recommend doing it in two sections. Best of all, it’s free!

On our trip back to Manitoba we stayed for a couple of nights at “Camp Dakota” in Sisseton, South Dakota. Our visit was to see our friend Sister Patrice who is a teacher at the Wahpeton Oyate of the Lake Traverse Reservation School. We were invited to speak at her class about our experiences as scientists and our visit to Gulf Specimen Marine Lab. The kids were great and after the class we got a tour of the reserve. I am not a big person for architecture but this place really just “blew me away” as they say. The offices are in a huge circular building with four entrances. Each entrance is marked by one of the four animals they revere, the bald eagle, the buffalo, the kit fox and the horse.  The central area is a huge open hall that can accommodate large meetings, pow wows and community events. I was really impressed with the sheer beauty of the place  and I was very grateful for the complete tour we got compliments of the head of maintenance. 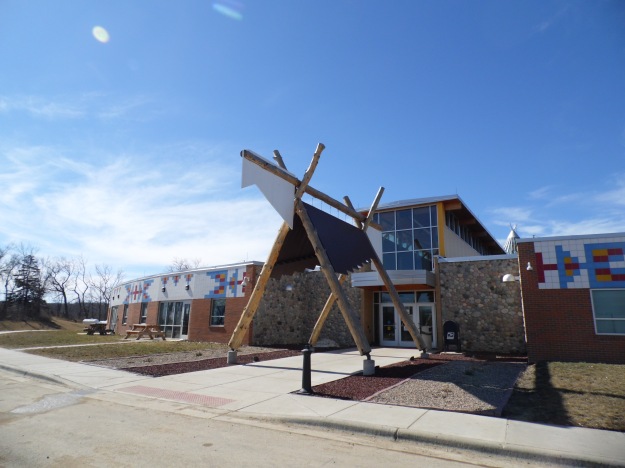 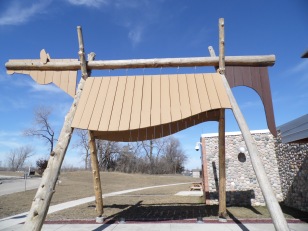 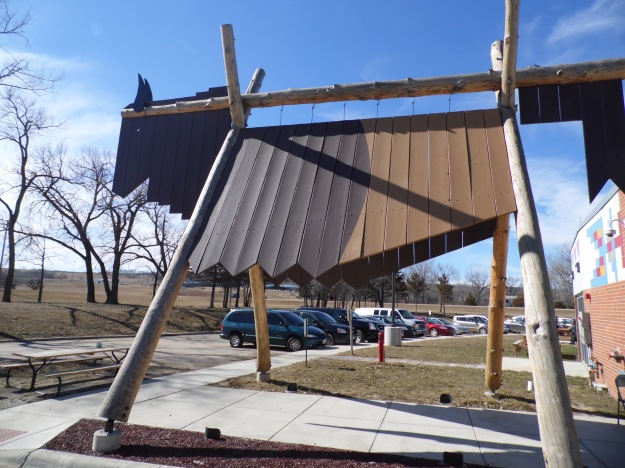 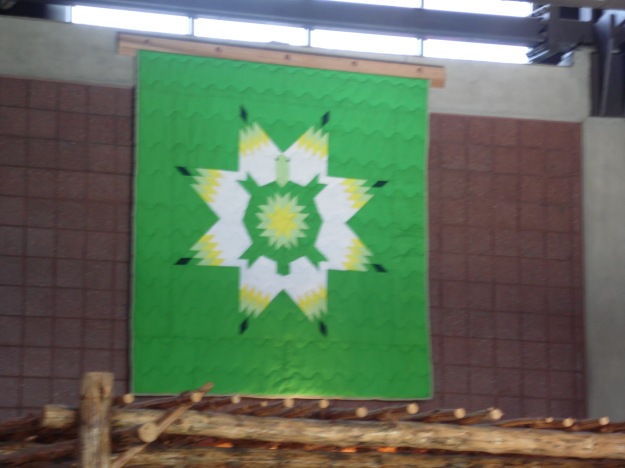 Walls were covered with lovely Star Quilts. Since my SIL is of the Cree Turtle Clan I was especially drawn to this one. As it turns out, the quilts were picked to dampen noise in an attractive way rather than for any particular spiritual significance. 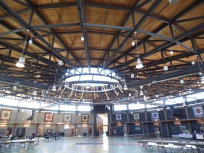 The central large area was designed to be reminiscent of a teepee and being in the great plains sky, but indoors for the brutal winters. Since the prairies are also places with strong summer storms the inner windowless rooms double as tornado shelters. The open space is supported by a Russian design normally used for train bridges.

We were even allowed to see into the court room and the tribal council area. These are all decorated with various religious and spiritual objects as well as a bunch of stuff that just plain looks nice. Plus there is wood, wood, wood everywhere. 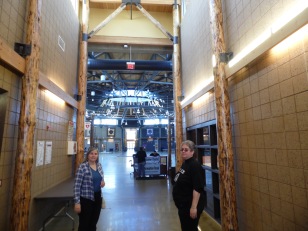 The wood was all spruce and pine and gave one the feeling of being outside in a forest even though we were indoors. It was a really nice feeling!

The offices had overhead beams that were natural wood, with lights behind. The whole building is also “green” well insulated, geothermal heating, and solar supplement and including other various ways to be kind to the Earth. Every wall had pictures of life and culture of the Dakota. The one of the Sun Dance in particular caught my eye. There is a Sundance gathering place not far from our home in Alonsa.

I wanted to show one other eye catching building. This is the nearby Community College where people are taking courses in things like diesel engine repair and other skills useful and employable within the rural farm community that the reserve is located in. This is a drum circle motif and it is very eye pleasing.

This is a reserve coming out of a long dark time. There is money and jobs from the Casinos and they have been reinvesting that money back into their own people. They are taking back their language and culture. They are also diversifying the local economy and have one factory and more planned. They also have a buffalo herd they plan to make larger. This year they will be opening a Dakota language immersion kindergarten. The military has been a way up for many of them and they have a disproportionate number of vets especially Marines. The people I met are fiercely proud of and protective of the USA even as they aware of her weaknesses and failures. I hope the Dakota are growing some of their own lawyers, too, because they have had to live with some major treaty violation issues that they need to fix and that will take some warriors in suits with law degrees.

I won’t say all is 100% well here. The youth suicide rate is awful. The week we were there, there was also a major meth bust and a human trafficking ring was broken up. I do think this reserve is moving the right way and, if they keep on their current path, in a short time they will end up like the reserves we visited in Osoyoos, British Columbia and Laughlin, Nevada. If they keep on their current path they too will have 100% employment and white people will travel to the reserve for work each day. And they will have done it for themselves without losing who and what they are. The visit was a very positive experience for me and I appreciated the opportunity to see their wonderful new buildings and feeling the life and hope for the future in the place. It will be interesting to come back in ten years and see how far they have gotten.