When I was a little girl, the Canada Goose was in danger of extinction. I explicitly recall a great event when I was perhaps four or five years old. There was an uproar in the neighbourhood and my father grabbed me to run outside and see something wonderful. All up and down the street were neighbours pointing at the sky and hold up their children in great excitement. My mother clapped her hands and shouted “Spring is coming at last!” 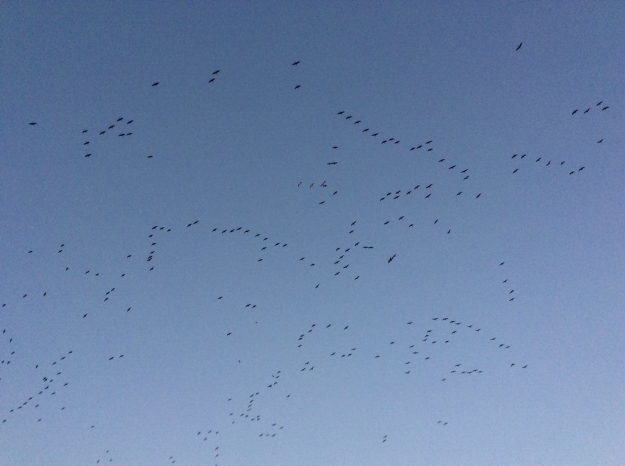 As we all watched a flock of about fifty Canada geese flew over honking and calling, me on my father’s board shoulders. I remember thinking it was pretty neat. I had never seen such a bird before. 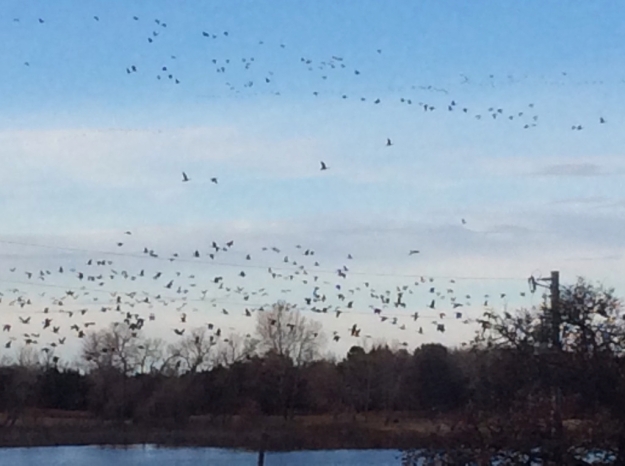 My father then went on to tell me the great birds had once filled the skies but they were now in danger of going extinct because of the greed and stupidity of humanity who had over hunted the glorious bird. I was really sad that the day might come that these majestic birds with their haunting call might vanish from the earth. If things don’t change, my father said, my children would not get to see a migrating goose. I was sad. It was the start of my interest in being an environmentalist.

Flash forward five decades (okay five decades plus a few years) and not only has that Canada Goose not gone extinct, it has become a right bloody nuisance. There is currently a Canada Goose hiding out in a Winnipeg car wash trying to survive the winter in the cold. It is far too canny for anyone to catch. The reason geese are thriving is because they have adapted to us and like our golf courses, suburbs and even our car washes. All I can say (after a muttered curse when I have goose poop on my shoes again) is I wish every species in danger of going extinct could have such a resurgence. On the other hand, I should be careful what I wish for. 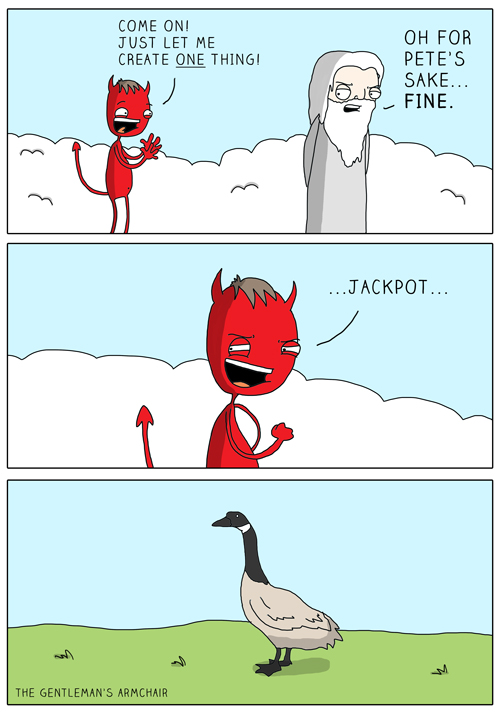 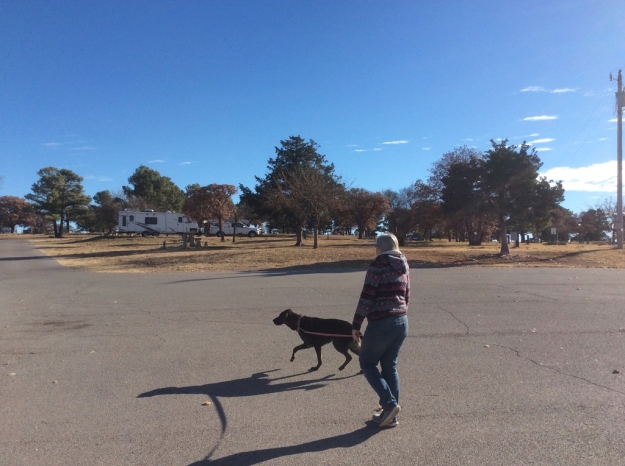 Geese. Hundreds of geese, no thousands of Canada Geese plus hundreds of white pelicans and in among those birds, ducks, cormorants, and a few chickadees and blackbirds. The park was lovely, next to a busy golf course. We found a lot of yellow golf balls near the driving range. We had only one other occupant in the entire campground. There was a big private dock that was busy with people and boats. It was delightful.

We followed our usual rule of travel one day rest one day. The first day was nice and warm so we walked and walked and enjoyed our arrival day. The site was lovely, great view and full service. Full service campsites in state parks are few and far between. The next day was cold and windy so we went for one walk with Misty and otherwise huddled in our trailer writing. I made a lovely beef stew in the slow cooker.

One big drawback to this spot was it was full of those little grass seed balls with the sticky spikes all over. This meant we spent a lot of time picking stickers out of everything from Misty’s feet to our bed sheets as the nasty little things traveled everywhere. Even so the sight of all these geese was so magnificent and so uplifting I really didn’t care about the stickers. Every so often for no reason we could understand all of them would take to the air and circle above in a great roar of wings and calls. Misty spent hours literally sitting outside watching the geese. Unfortunately the weather changed and snow was forecast and so we left for Bonham State Park Texas which promised to be warmer though it could hardly be any finer.